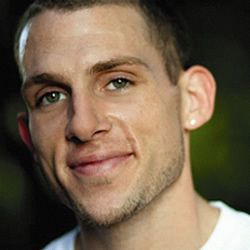 Jason Janas is originally from New Jersey. He began his tap dance instruction under Ms. Deborah Mitchell and was the first charter member of the New Jersey Tap Ensemble. He then found a love for the dance and continued to learn and study the art form. He also trained and was a member of the North Carolina Youth Tap Ensemble under the direction of Gene Medler.

Jason's first professional company after high school was Tapestry Dance Company in Austin TX, under the direction of Acia Gray. He was a principal dancer there for 5 years. His hard work ethic began to take notice and Derick Grant invited Jason to be in his show Imagine Tap! which ran for 6 weeks in Chicago, and changed his life. His other show credits include Souls of our Feet with Tapestry Dance Company, Wonderland with Sara Savelli and Ayodele Casel, and most recently co-choreographed and was featured in Tap Stars with Rasta Thomas. He currently teaches for Wild Dance Convention and West Coast Dance Explosion, and has taught at tap festivals in New Jersey, Chicago, New York, L.A., Charlotte, Austin, San Antonio, Vancouver, Zürich, Curitiba (Brazil), Moscow, and Barcelona!